The Lapham-Patterson House, located at 626 North Dawson Street is a Queen Ann-style cottage built during the winter of 1884-1885 for Chicago shoe merchant Charles Willard Lapham.

The whimsical 6,000 square-foot house is a showcase for the progressive eccentricities of Lapham, his architect Tudor Rommerdal, and the late Victorian era in general.  It was home to three families, hosted funerals and weddings, and has at various points both delighted sightseers and enticed school children with its unusual architecture.  In 1975, it became Thomasville’s only National Historic Landmark.

The most striking features of “Lapham’s whimsy” are the unusual number of doors and windows, believed to be related to Lapham’s pyrophobia.  There are forty-five doors and fifty-three windows for only nineteen rooms, meaning that virtually every room in the house had multiple exits.  Most windows are unusually close to the floor, extend almost up to the ceiling, and can open from either the top or the bottom, allowing for easy entrance and exit through the windows.  Three balconies on the second floor and one on the first floor are only accessible through windows.

The entire house is constructed of local heartpine. The one exception is the staircase, which is made from imported walnut.  All the fixtures in the house, including those on the doors and windows, are original to Lapham’s 1884-5 structure.  All of the flooring and walls are original as well, as are the stained-glass windows. At the time it was built, Charles Lapham’s house was considered a marvel of technology.

The lighting in the house was powered by centrally-distributed gas; there was indoor plumbing with running hot-and-cold water and sewage removal for the modern bathrooms, and there were modern closets.  It was also thought to be a “healthy” house by naturalists because the house contained only two true rectangular rooms and fewer right angles than a typical house, and naturalists of the era believed right angles to be unnatural and unhealthy.

The house was built to be heated with wood-burning fireplaces.  The central fireplace has an unusual double flue that you walk between as you ascend up the central staircase. The flues run close together for the nearby-but-separate fireplaces on the second floor, then run fully side-by-side on the single third-floor fireplace, but always remaining two separate flues. It is believed this atypical detail is also related to Lapham’s fear of fire, so in the event one flue became clogged, the second could still remove smoke. One of the more interesting effects of the “natural” design of the house occurs during the vernal and autumnal equinoxes.  There is a bilge-board with cutout designs that hang from the roof; most are amorphic, but in the center is a horned animal head.

According to some interpretations, the head represents Mrs. O’Leary’s cow, the mythic fire starter that kicked over a lantern in a barn that began the Great Chicago Fire of 1871 that is the supposed origin of Charles Lapham’s pyrophobia.  On March 20th every year, and September 22nd or 23rdeach year, the sun shines through the cow head in such a way as to cast an image in alignment with the small stage in the third-floor billiards room.  While the purpose and origin of creating such an effect are lost to time, it only seems appropriate for “Lapham’s whimsy” to be topped off by such an unusual apparition. 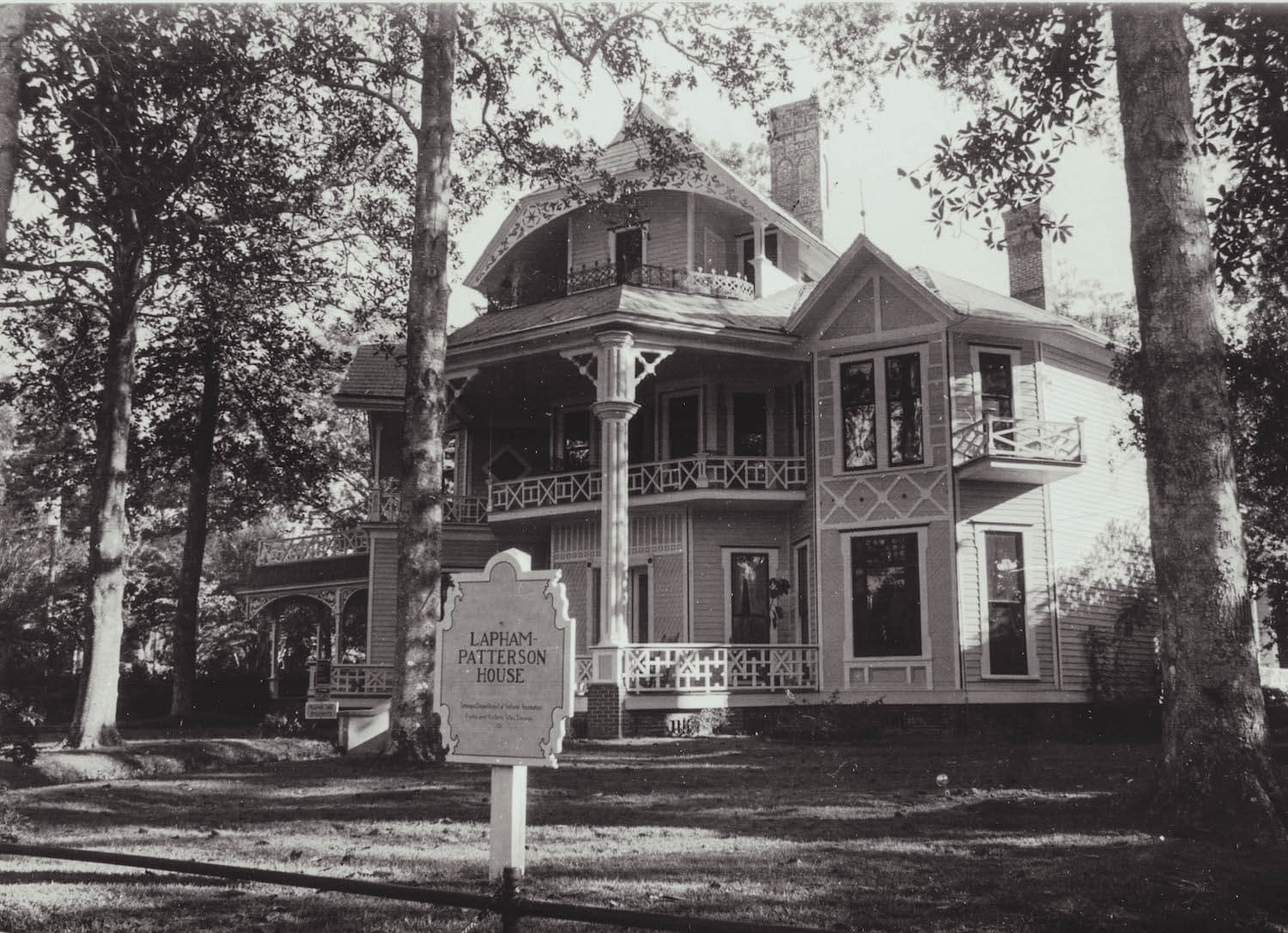 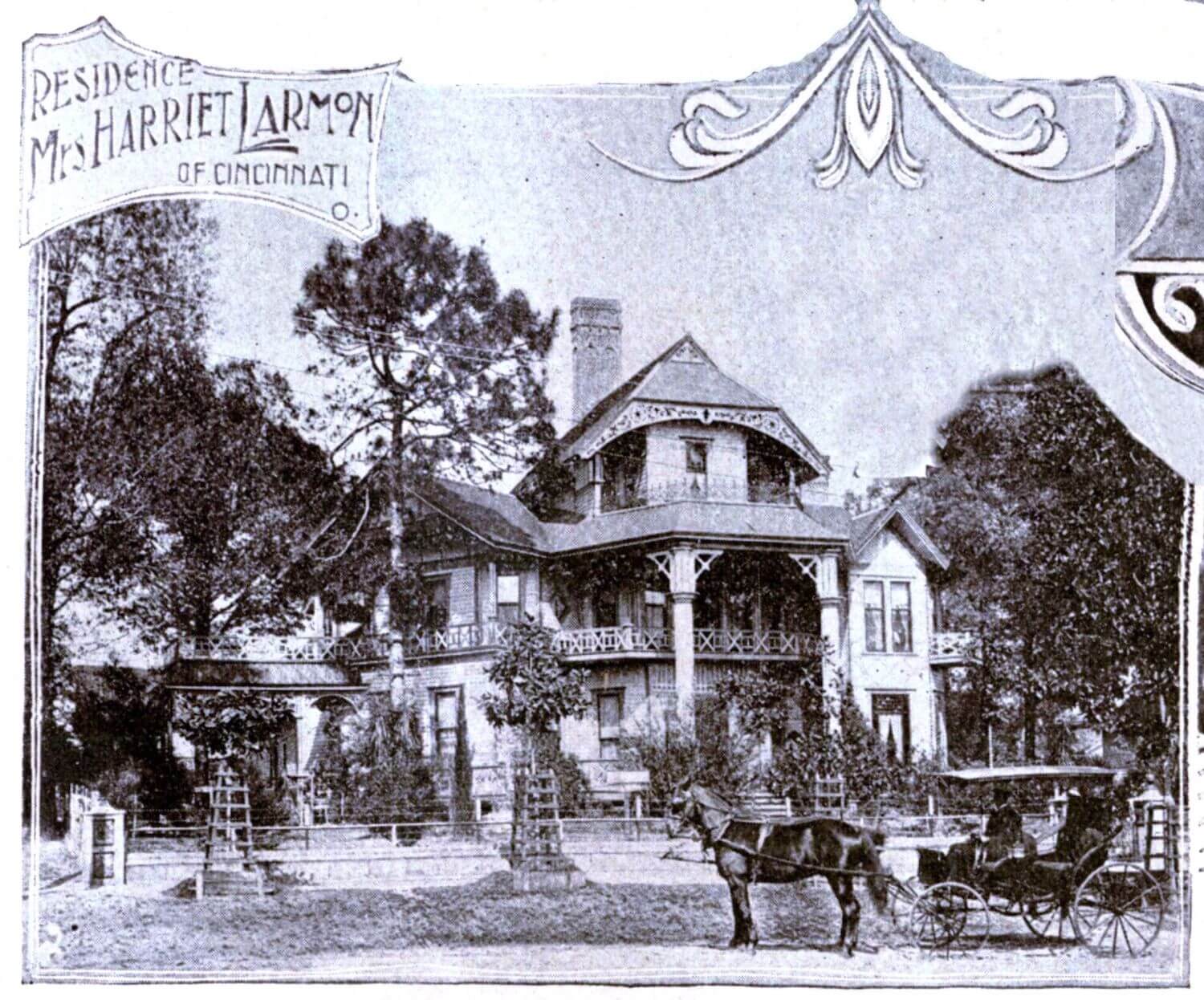 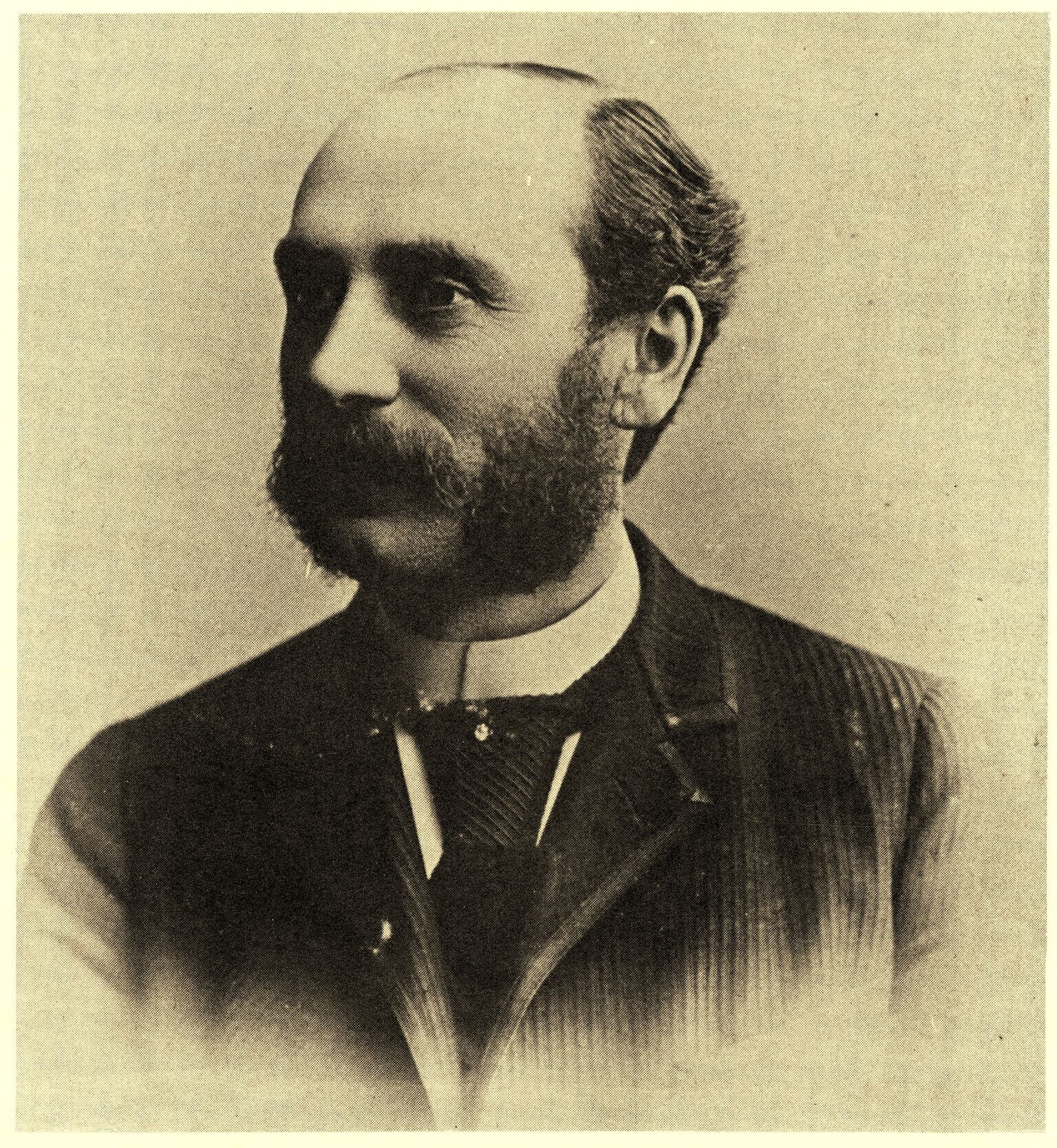 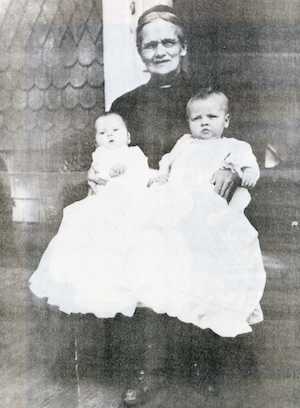 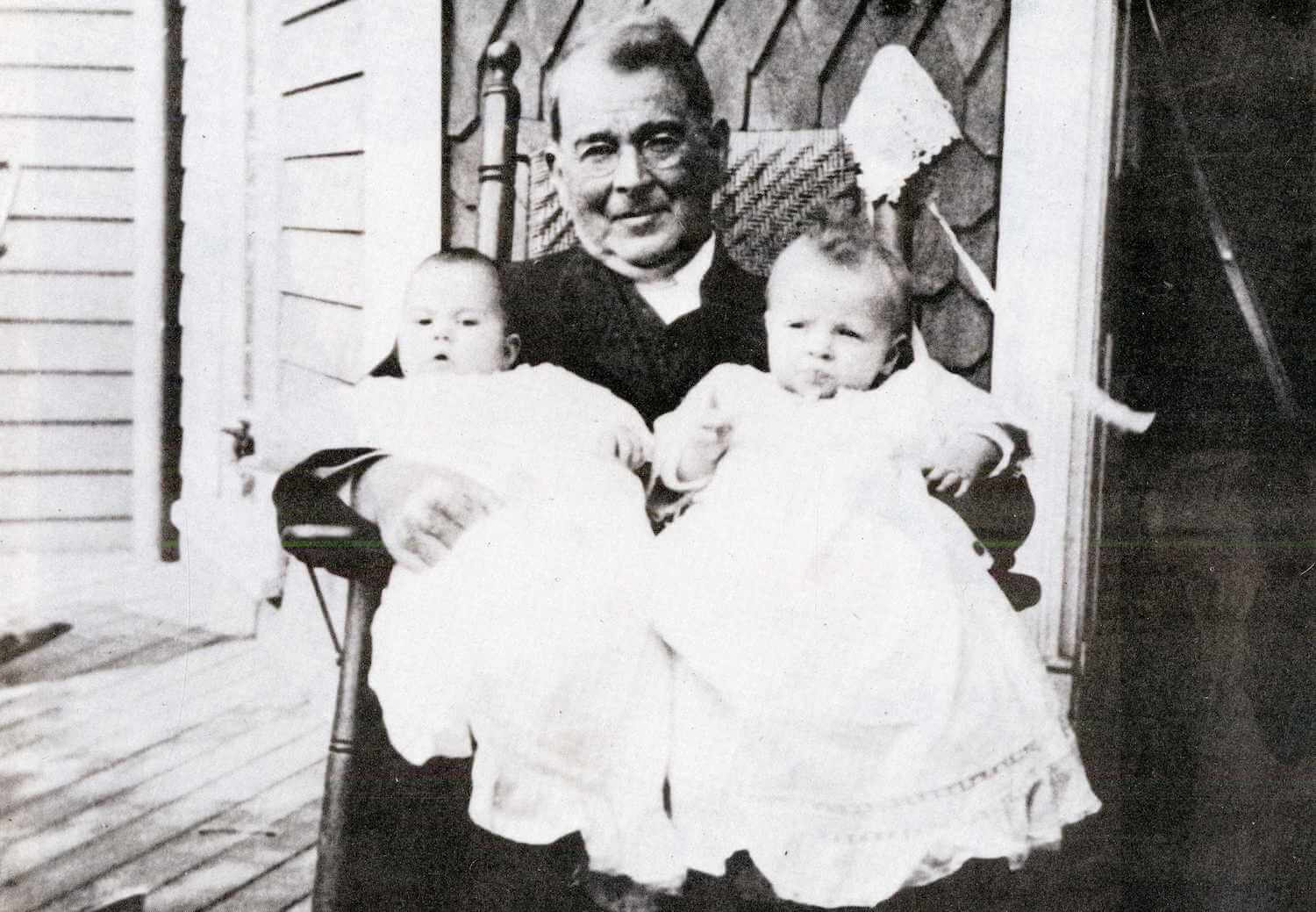 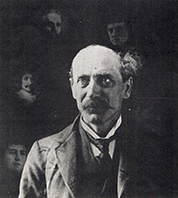 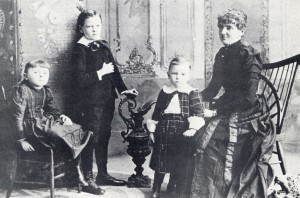 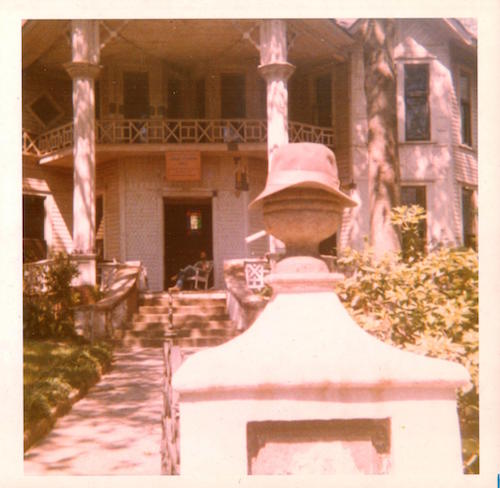 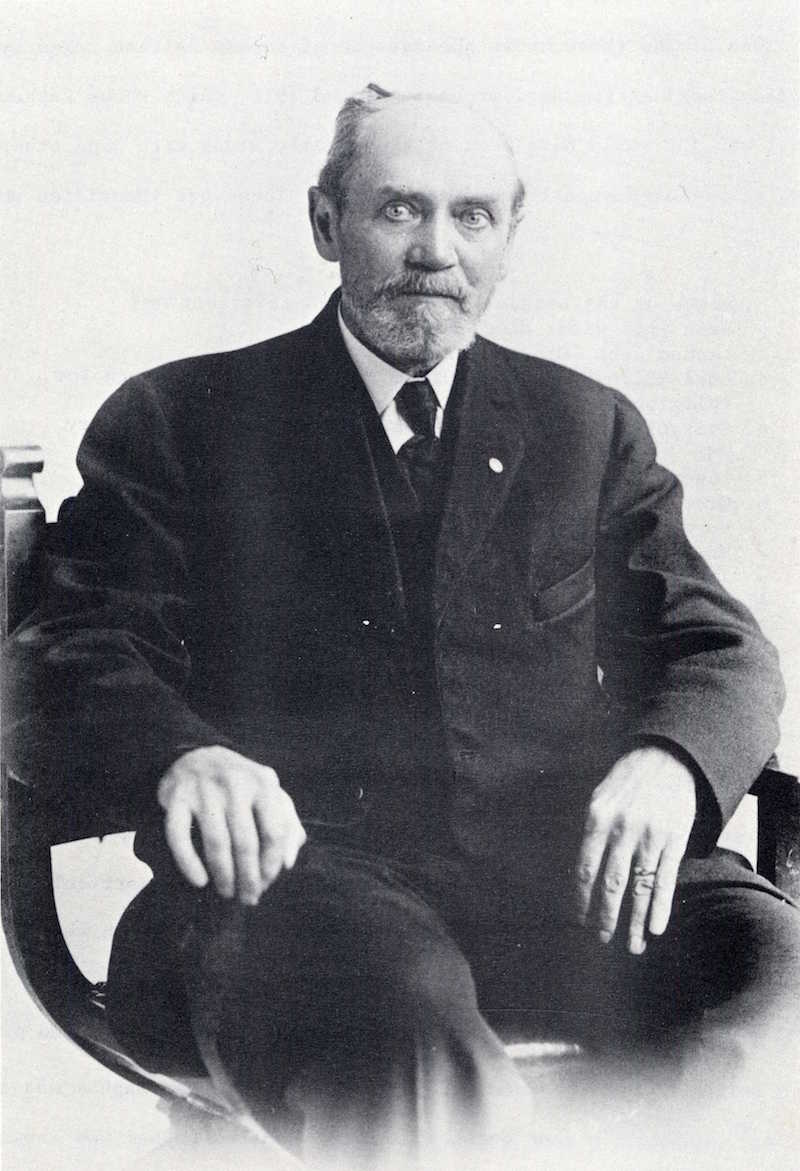