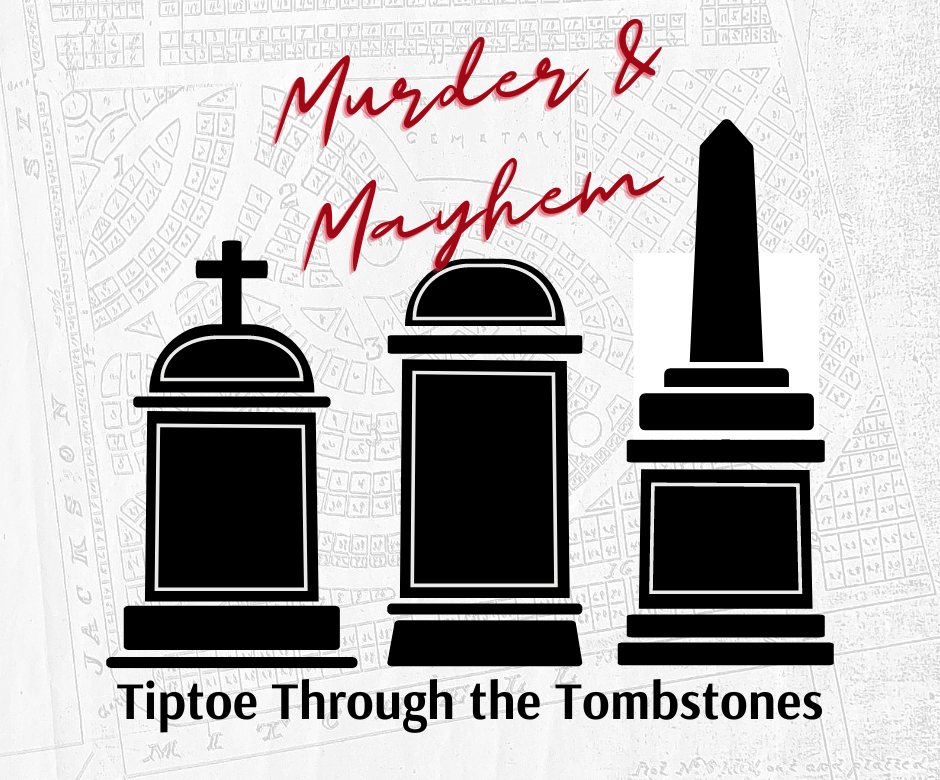 Meet some of Thomasville’s earliest (and most scandalous) residents on a Tiptoe Through the Tombstones tour! Not everything was always rosy in

Meet some of Thomasville’s earliest (and most scandalous) residents on a Tiptoe Through the Tombstones tour!

Not everything was always rosy in the Rose City. In honor of the upcoming spooky season, the Thomasville History Center invites all who are curious to join us on special editions of our Tiptoe Through the Tombstones Tours: Murder and Mayhem! Tours of the City, Flipper, and Laurel Hill Cemeteries will be held on the first Saturday of each month from September through November.

Our tour guides will lead you through the hallowed grounds while telling tales of the citizens of Thomas County. Some lived wild and dangerous lives; others met tragic ends. Among them, you will meet prominent businessmen, actresses on the stage, and unassuming neighbors who found themselves in the wrong place at the wrong time.  Hear their stories come to life and get a better picture of the characters who once inhabited our town.

Tours are available on the 1st Saturday of the month from March through June and September through December. Advanced registration is required. Adults: $15, Students (6-17), $10.

Residents of Thomasville’s first public burial grounds include Thomasvillians who served in the American Revolution, those who were among the earliest settlers and landowners in the new county in the 1820s, and enslaved Black people. Its original boundaries extended much farther than today.

After the Civil War, the land was split to form Old Magnolia Cemetery, now Flipper Cemetery, and years later, a portion of the original cemetery was given to the American Legion on which their facilities were built. As with many cemeteries of this age, many graves are unmarked or “lost” though some records still remain of who was buried here.